Hello, happy Sunday everyone! I hope you all had a great week and wish you to have an even more amazing week to come.

Today I’ll be talking about one Netflix series I binge watched over the past week. 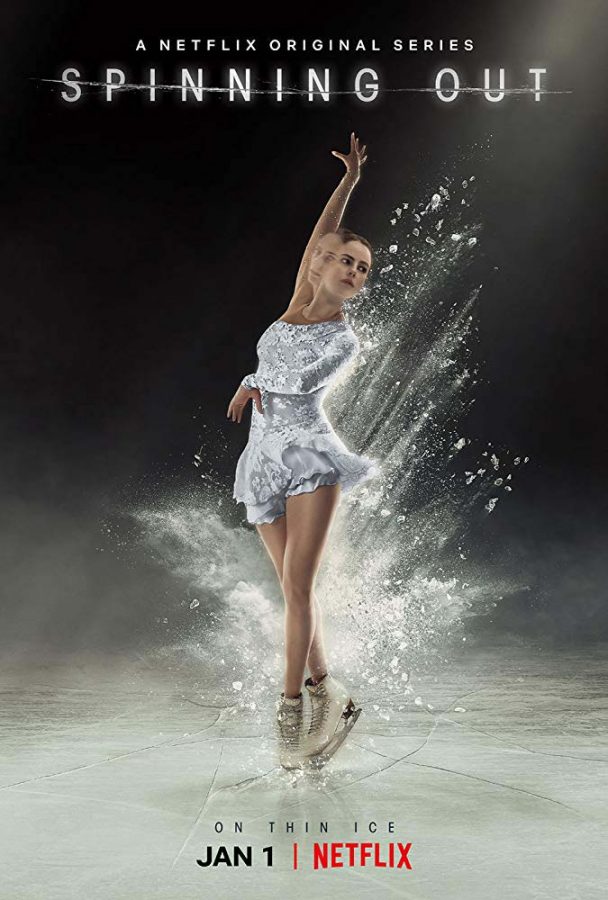 Spinning out is a drama TV series that tells the emotional story of a figure skater with bipolar disorder.

What made me enjoy this series so much was how real the struggle of having a mental health disorder was portrayed and how it affects everything: ambitions, family, relationships….

Do you ever watch a series and you feel what’s at stake for a character?

This is that kind of series.

Every character has something to lose, something to hold on to that fuels their actions throughout the narrative. As the story progresses, we are faced with challenging circumstances for each and every character, so there isn’t one minute where you feel like you want to get back to the main plot, because every plot is interesting!

I will be honest with you, at the beginning I thought this series was going to be something like Black Swan (2010) iced version (that’s why I was curious to watch it in the first place) and I was worried that it would turn out to be a copycat of Black Swan, but I was glad to see this series had its own charm without relying of imitation.

Another point in favor is that if you like/love watching  figure skating you will be amused with some damn good figure skating choreography and scenes, I’m nothing but impressed at the skill and hard-work it takes to pull out those complicated dance sequences on ice since I watched I, Tonya (2017) (another movie about figure skating, let me know in the comments if you’d like me to write a review about this movie if you have or haven’t watched it yet). Figure skaters are awesome because they’re dancing on ice gracefully and forcefully with a great amount of speed without dying! 😲

I particularly enjoyed the acting of Kaya Scodelario as the main actress: Katarina Baker.  (She’s also on the series Skins (2007), one of my favorite series when I was a teenager). She was really well cast for this role. The mom’s acting who also suffers from bipolar disorder was pretty good as well. She showed quite a lot of ”acting range” from being a loving and considerate mother and friend, to a crazy and abusive mother.

Have you ever watched this series or the movies I, Tonya or Black Swan? Would you recommend me any other figure skating series?

Thank you so much for reading. Have a wonderful day.

View all posts by Nanyi Mateo

Girl on her 20s with a passion for travel, knowledge and creativity.